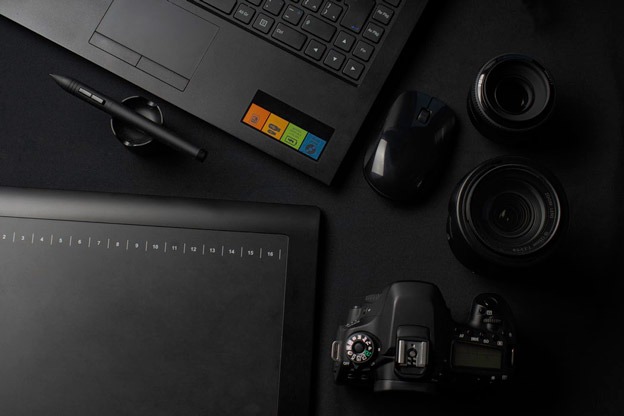 Some people never think about all the types of hard disk drives available until they run out of space. Folks who rely on their laptops and personal computers, however, have excellent reasons to consider storage space right from the jump. It doesn't matter when or why you decide to research hard drives, though. The main point is that you need to familiarize yourself with every drive that's available to you. You have choices to make before you ever purchase a new hard disk.

How much space do you need? Why do you need it? What do you need to save and what do you need to store? Are you a gamer who wants more space to download new games and content? Are you a photographer who requires ample space to store photos and editing software? Perhaps you're a writer who needs extra storage for notes, research, and rough drafts. Then again, you may want more storage just because. From college students who save every paper to folks who need room for random files, such as GIFs and funny photos, there are thousands of reasons to look into updating your hard drive.

It's your job to choose the drive that's right for you. The last thing you want is to drop money on a hard drive only to discover that it's not compatible with your device, it doesn't have enough space, or you can't install it. Think about the physical size of the drive, along with storage space, installation, and compatibility. The following information and tips will help you to pick out the perfect drive.

Look at the Physical Size 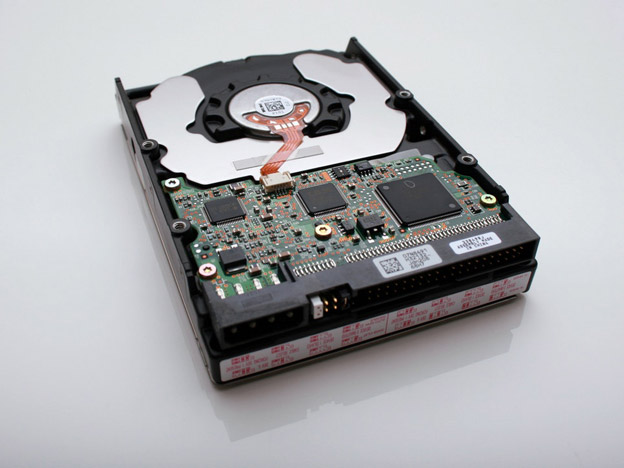 In terms of size, hard disk drives have two main types. You can choose a 2.5-inch drive or a 3.5-inch drive. In general, 3.5-inch hard disk drives are used in desktop computers. They have a relatively fast spin, which in turn leads to faster data throughput and expansive data capacity. The bigger sizes also tend to cost less per gigabyte.

That stands in direct opposition to the 2.5-inch hard drives, which usually power laptops. Now, in many instances, 2.5-inch drivers are thought inferior. They spin more slowly than larger models, which means that their data throughput is slower, as well. Per gigabyte, they have a higher cost than their larger counterparts. All of that probably seems like you should steer clear of 2.5-inch drives, but they're beneficial for laptops and have additional advantages too.

For example, along with being the ideal size for laptops, they work in portable drives that are on the smaller end of the spectrum. They don't use as much power, which allows them to use the laptop as a power source. Some of them have excellent “seek” times because the read head doesn't travel as far, owing to the small diameter. Because they're made for laptops, 2.5-inch hard drives are built for easy transport. They park the heads with ease. That protects them when they're being shipped or carted around in a laptop.

Advances in modern technology have improved the development of new 2.5-inch hard drives. Now, you can opt for high-speed options. They're costly, but you can use them in servers and similar environments. They can also be used to speed up personal computers. Some people choose to replace their original hard drives with a new internal drive, while others install a new drive alongside the old one for a power boost.

The final important detail to note is that, for the most part, all 2.5-inch and 3.5-inch hard drives are internal. They fit into computers, but they can also fit into some external storage devices because of their size. All the same, they're considered internal drives.

Solid-state drives represent a newer type of hard disk that's just right for portable computers. SSDs don't rely on spinning technology at all, yet they offer faster access and data storage. SSDs are typically considered internal drives, as well, since they slot directly into the computer. They're efficient, fast, and quiet, not to mention compact and lightweight. They are also considered more durable than spinning platter drives, due to having fewer moving parts that can fail. They work well in thin laptops and netbooks, along with media computers. Try them in your gaming PC as well. You may still want to add extra storage later, but an SSD is a fantastic place to start.

Go for an External Model

An external hard drive is the most popular type of hard disk for desktop computers, although you can use it with any device that has the appropriate connections. External hard drives are high-capacity. They don't play around with storage space. You can purchase upwards of 256GB at an affordable price, but even terabyte-capable drives aren't as expensive as they used to be.

Before settling on an external hard drive, check the connections. Some need nothing more than a USB slot to work with your computer. Others require cables and perhaps even software. That said, it's not hard to find an external driver for nearly any type of computer. If you're unsure about how to proceed, talk to the pros. Share your specs and discuss the best fit for your desktop or laptop.

If you have an older system, you may not know about the new kinds of different internal connectors now available. The two main connectors are SATA and IDE. SATA and IDE function as interfaces to connect hard drives to your computer's system bus. SATA is short for Serial Advanced Technology Attachment (Serial ATA). IDE is also called Parallel Advanced Technology Attachment (PATA). SATA is the current standard, outperforming IDE drives.

USB flash drives have become increasingly popular over the last decade or so. Each incarnation sees them more and more powerful. When they first appeared on the scene, most of them averaged around 1GB, but now you can find flash drives with as much storage space as a top-of-the-line computer. A single 128GB flash drive might be the only thing you need.

Flash drives, also known as thumb drives, are all the rage among college students and professionals, but they're ideal for gamers, artists, photographers, and writers as well. Few drives are as portable. Users can easily transfer their data from one computer or device to another without much of a problem. Add to that the fact that thumb drives are ridiculously affordable, and you might conclude that you don't need anything else. After all, reformatting them is effortless, and you can't beat the space you get for the price, considering that even terabyte flash drives are affordable.

Settle on Something Smaller

Hard drives for laptops and desktop computers are all well and good. However, what about the growing number of people who rely solely on smartphones and tablets to get their work done? All it takes to turn a tablet into a personal computer is a transportable keyboard, after all.

For those people, portable digital storage is probably the best option. A portable storage device is a bit like a solid-state drive and somewhat similar to a flash drive, but it's significantly smaller. It must be said that they're not always convenient. It's unlikely that you want to walk around with a storage device sticking out of your phone. However, you can save space on your smartphone or tablet by transferring files onto your little external drive. That's helpful with photos, emails you want to archive, videos, and the like.

It's not impossible to get a storage drive that you can keep in your smart device, either. That's one way to cut down on the cost of a new phone. You can opt for a model with less storage space because they typically cost less. Then, all you have to do is supplement with a small drive.

Keep It in the Cloud

Although it's not technically a type of hard disk, the cloud is a popular storage option that's quickly becoming the norm. From personal cloud devices that you buy yourself to cloud storage provided by your smartphone or email provider, it's not hard to find a cloud that will keep all of your data safe. Clouds require no physical storage devices on your part, and you can access them no matter where you are. Take a photo with your smartphone, save it to your cloud service, and you can open it up on your tablet, your laptop, your friend's computer—wherever you want, as long as you have your login information.

Network attached storage, or NAS, is similar to the cloud, so much so that tech experts frequently draw parallels between them. That's fair, but it's unlikely that an individual could or would ever install a NAS device. They're better suited to offices, dorms, and other places where multiple users are involved. That said, web designers, programmers, and gamers can benefit from network attached storage due to the sheer volume of their saved data.

Now that you're familiar with the most common types of hard disk drives, you have the knowledge you need to make an informed choice. Discover the storage device you're looking for at Discount-Computer.com to score a deal and double or triple your storage space. Which option is the best choice for you?